The planet Neptune, shown in a recent image from the Very Large Telescope in Chile, is at its best in early September. It reaches a point known as opposition, when it lines up opposite the Sun in Earth's sky. It is in view all night, and, because it's closest to Earth for the year, it shines at its brightest. You still need binoculars to pick it out, however. Neptune is even bluer than Earth. Methane in its upper atmosphere accounts for some of the color, but not all, and astronomers aren't certain what other factors account for the beautiful color. This image shows bands of clouds circulating through Neptune's atmosphere. [ESO/P. Weilbacher (AIP)] 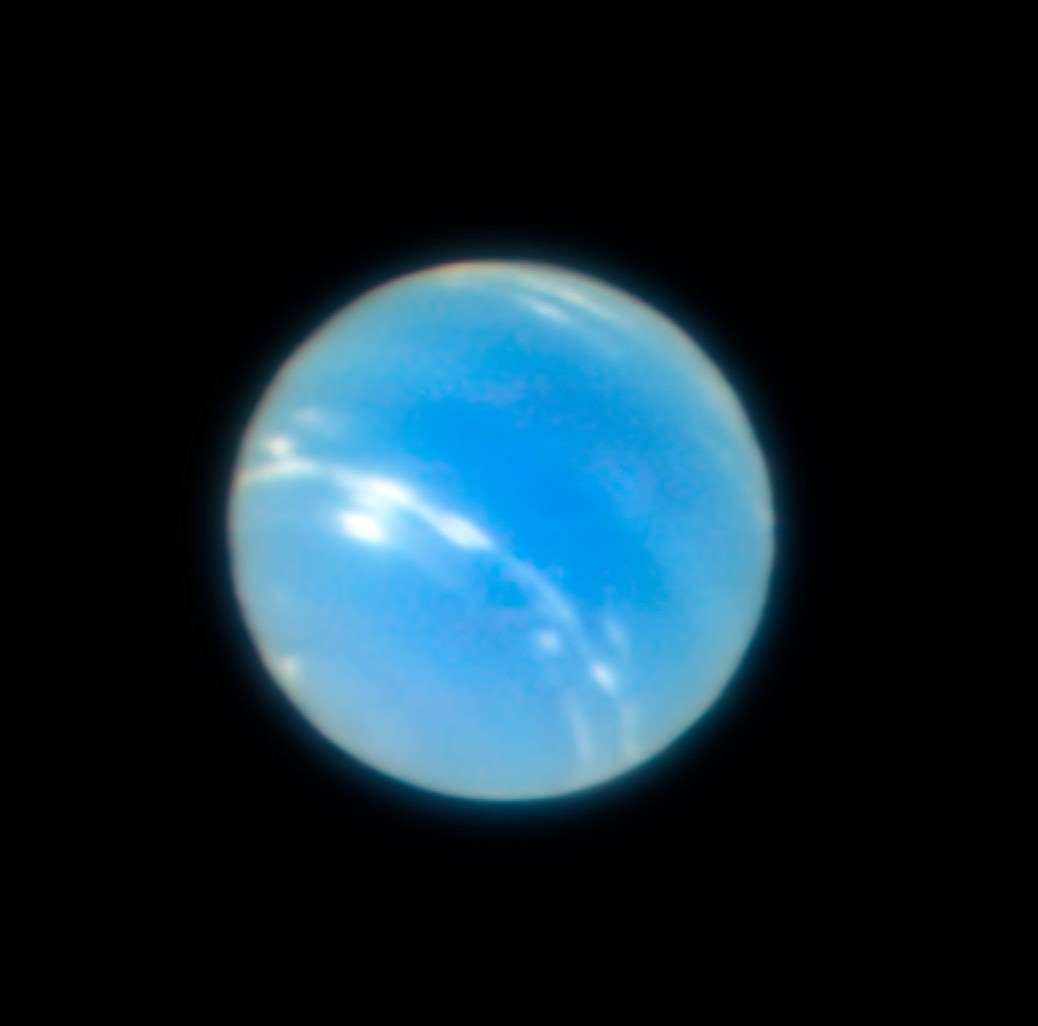