Earth rises above the Moon in this iconic image from Apollo 8, which entered lunar orbit on December 24, 1968. Astronauts Frank Borman, Jim Lovell, and Bill Anders orbited the Moon 10 times. On Christmas Eve, they staged a live television broadcast during which they read from the Book of Genesis. Apollo 8 blasted out of orbit later that night. [William Anders/NASA]

Find out more in our radio program entitled
More Apollo 8 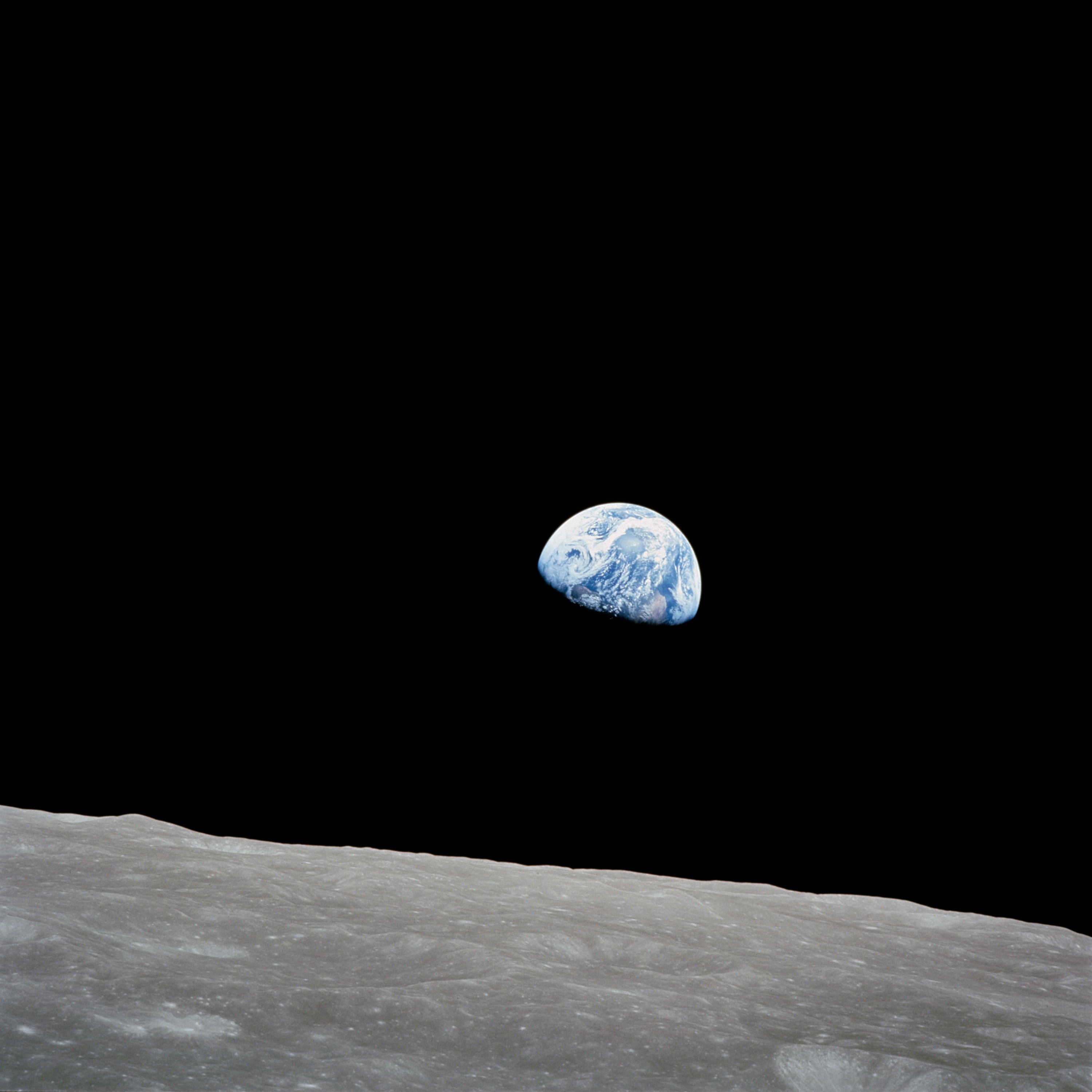