A multi-wavelength image shows the Ring Nebula, the last gasp of a dying star. As the nuclear reactions in its core began to slow down, it started blowing strong winds into space, which form the dark red rings and arcs, shown in infrared light. Later, the star began expelling its outer layers in bulk, forming the brighter doughnut-shaped structure at center. Different colors show different chemical elements: red is hydrogen, for example, while blue is oxygen. The expanding nebula probably is shaped like a barrel, and we're looking through its open end. In a few thousand years, the nebula will dissipate, leaving only the star's hot but dead core, known as a white dwarf. [NASA/ESA/C.R. Robert O’Dell (Vanderbilt)/G.J. Ferland (Kentucky)/W.J. Henney and M. Peimbert (UNAM)]

Find out more in our radio program entitled
Planetary Nebulae 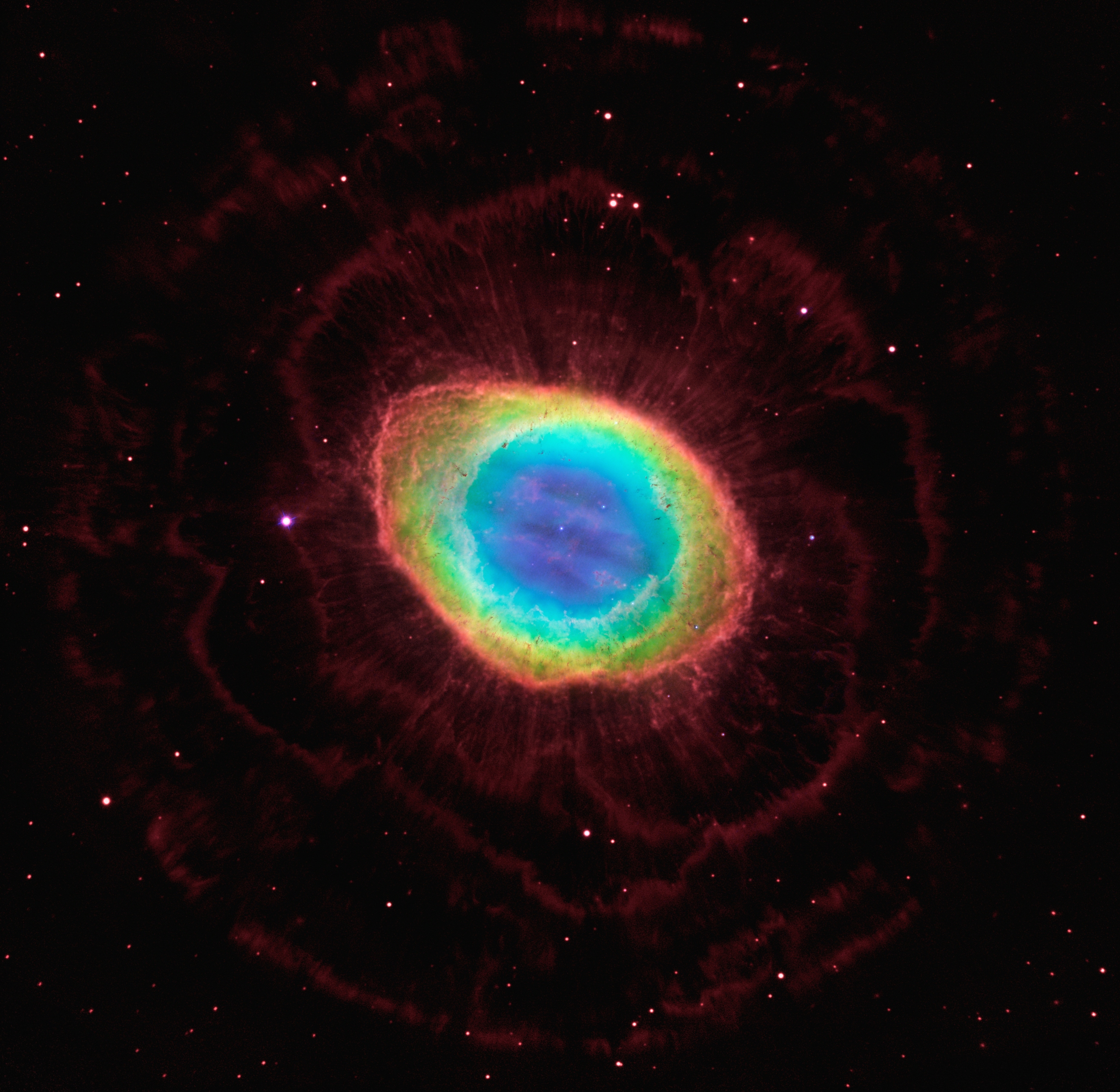 Stars galore for a unique planet