Giant bubbles percolate across the surface of Pi-1 Gruis, an aging star in the southern constellation Grus, the crane. The star is about 1.5 times the mass of the Sun. Because it has consumed the original hydrogen fuel in its core, though, it has swelled to about 350 times the Sun's diameter. Hot gas rising from near the core forms bubbles (the bright spots) that would extend from the Sun to Venus, the second planet out. Eventually, the star will cast its outer layers into space, leaving behind only its hot but tiny core, known as a white dwarf. The star is about 530 light-years from Earth, and was imaged by a new instrument attached to the European Southern Observatory's Very Large Telescope. This is the first image to show such detail on the surface of a red giant. [ESO] 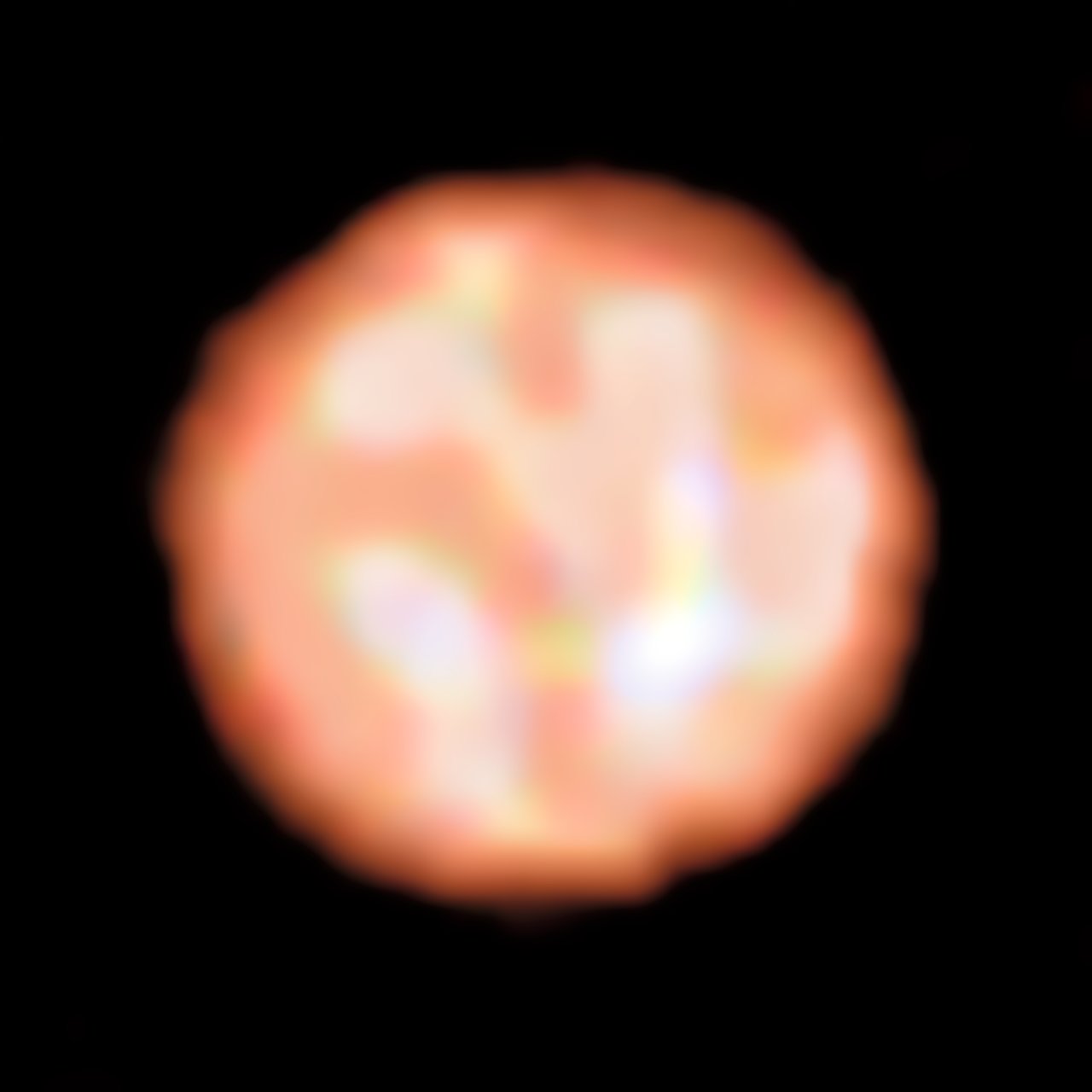