One of the most massive black holes yet discovered resides at the heart of NGC 1600, the large, bright galaxy in this image. The black hole is about 17 billion times the mass of the Sun. Such a heavy black hole would span several times the diameter of our solar system. By comparison, the black hole at the center of the Milky Way galaxy is quite puny, weighing in at just four million times the Sun's mass. [Digitized Sky Survey/STScI/AURA/Palomar/Caltech/UKSTU/AAO] 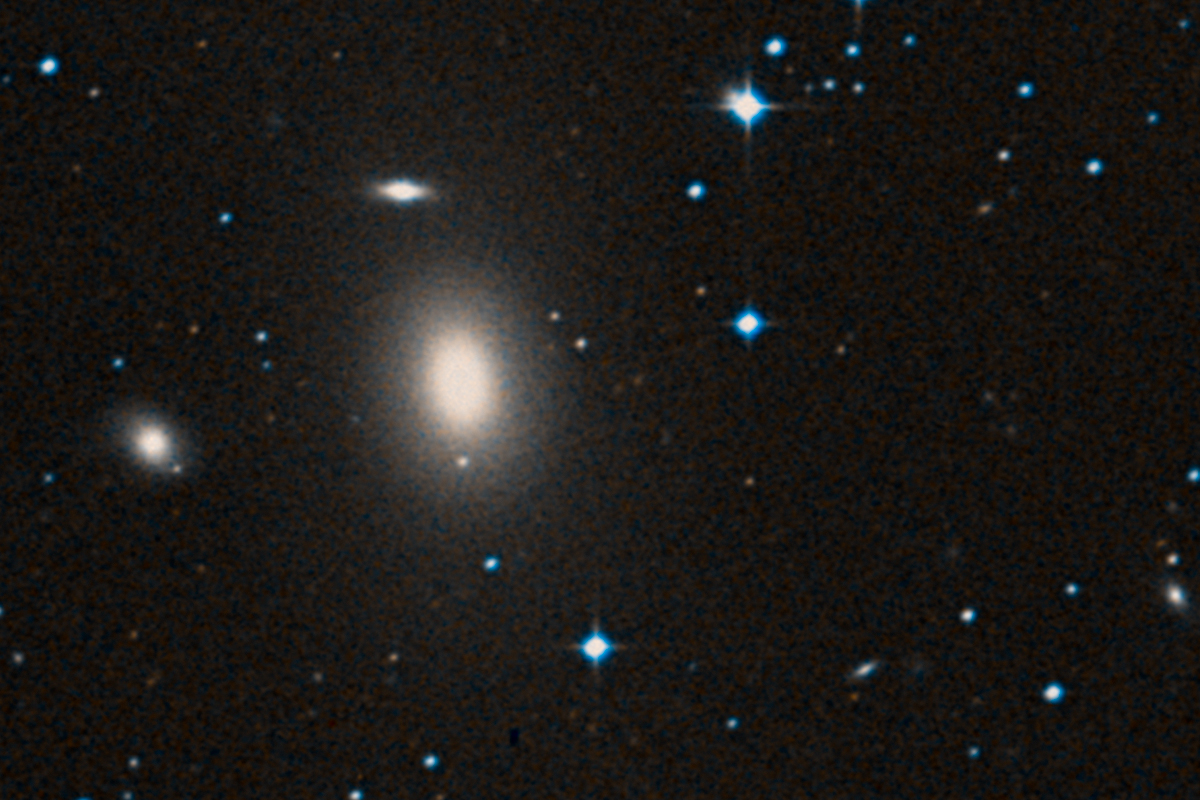