This diagram shows the orbital path of 2014 UN271, a giant comet that follows an odd orbit around the Sun. Astronomers Pedro Bernardinelli and Gary Bernstein discovered the object while studying old images from the Dark Energy Survey. It is almost two billion miles (3 billion km) from the Sun, and is following an orbit that takes it high above the plane of Earth and the other planets. It could be up to 60 miles (100 km) in diameter, which would make it one of the largest comets ever seen. Astronomers will monitor the object to get a better idea of its size. Calculations of its orbit show it will pass just outside the orbit of Saturn in January 2031. It then will retreat almost one light-year from the Sun, into a shell of comet-like bodies known as the Oort Cloud. It should return to the inner solar system in about 4.5 million years. [Tony873004/Wikipedia] 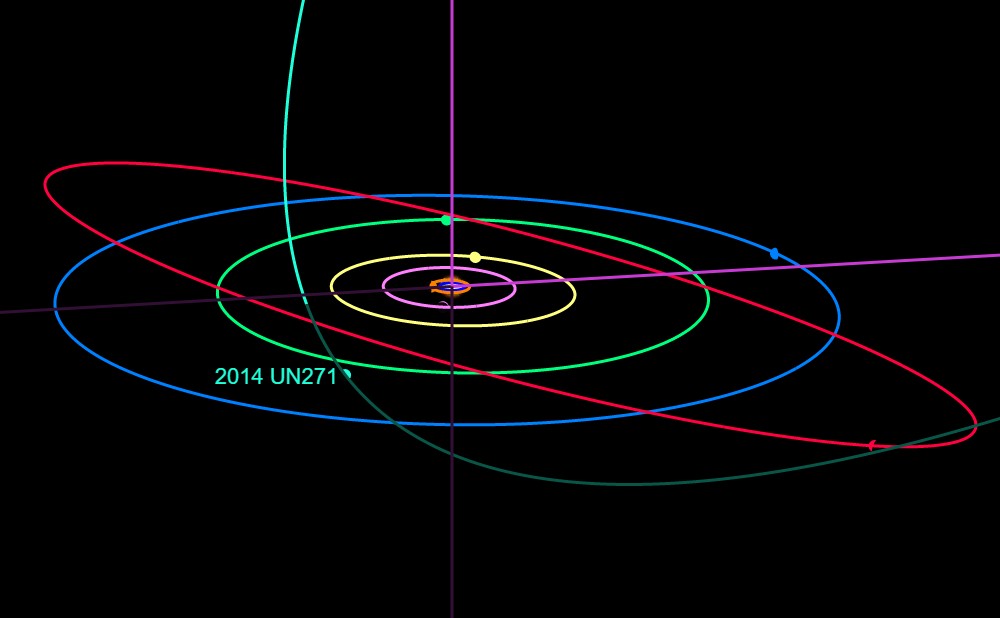