A giant planet orbits a small star, known as a red dwarf, in this artist's concept. Some astronomers have hypothesized that such small stars acquire such big planets through gravitational exchanges with other stars. One example may be the star system Gliese 3512, which consists of a planet at least half as massive as Jupiter, the giant of our own solar system, plus a tiny, feeble star. [NASA/JPL] 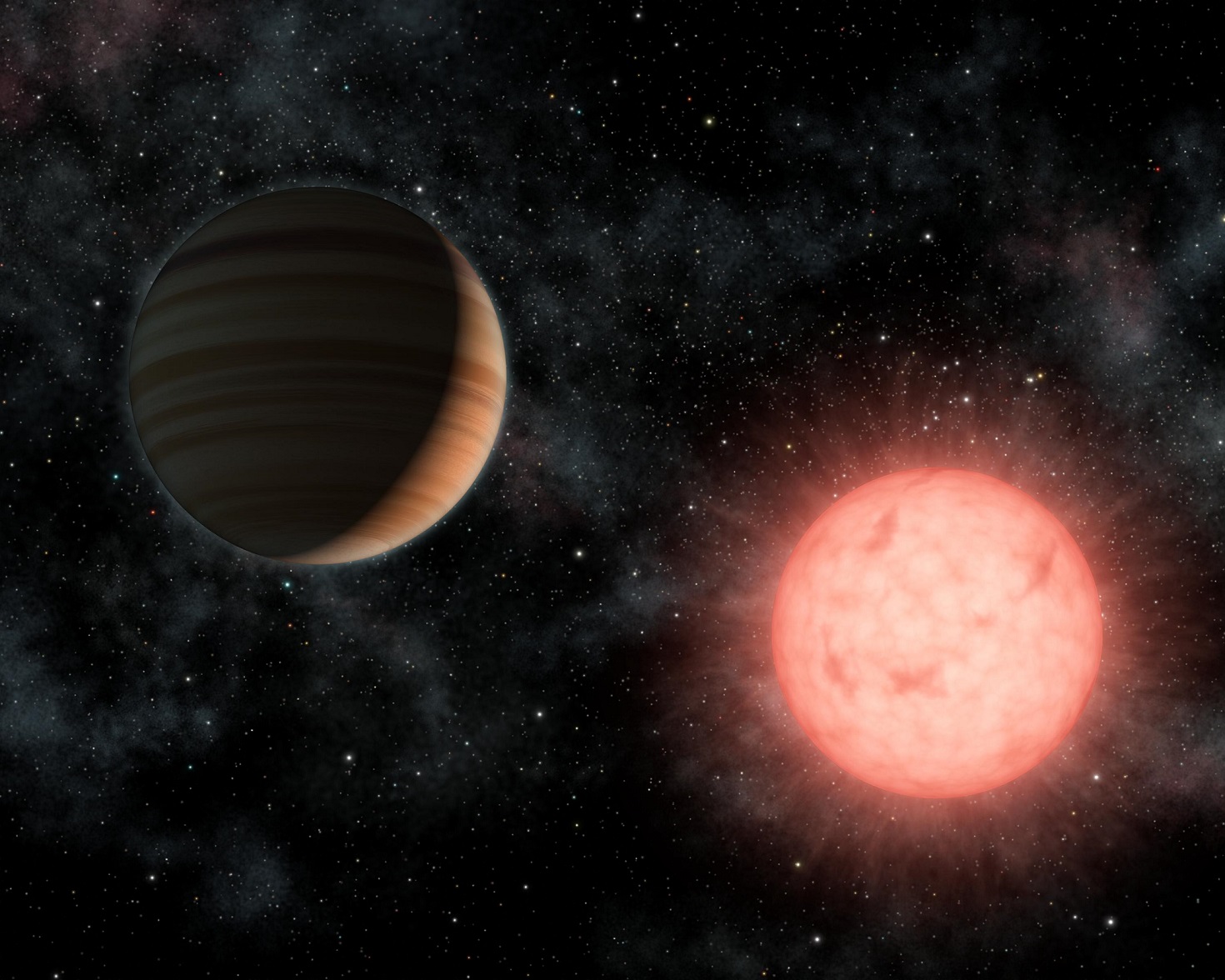