An array of charge-coupled devices sits at the heart of the Dark Energy Camera, which is attached to a telescope in Chile. The CCD array is one of the largest in the world. It converts light from distant stars and galaxies into electrical impulses, which are recorded to produce images. The CCD was invented 50 years ago, by a pair of researchers at Bell Laboratories, and over the last three decades has become a critical tool for most telescopes. The CCD collects far more light than film, and its images are much easier to process and store. [Reidar Hahn/Fermilab]

Find out more in our radio program entitled
A New View 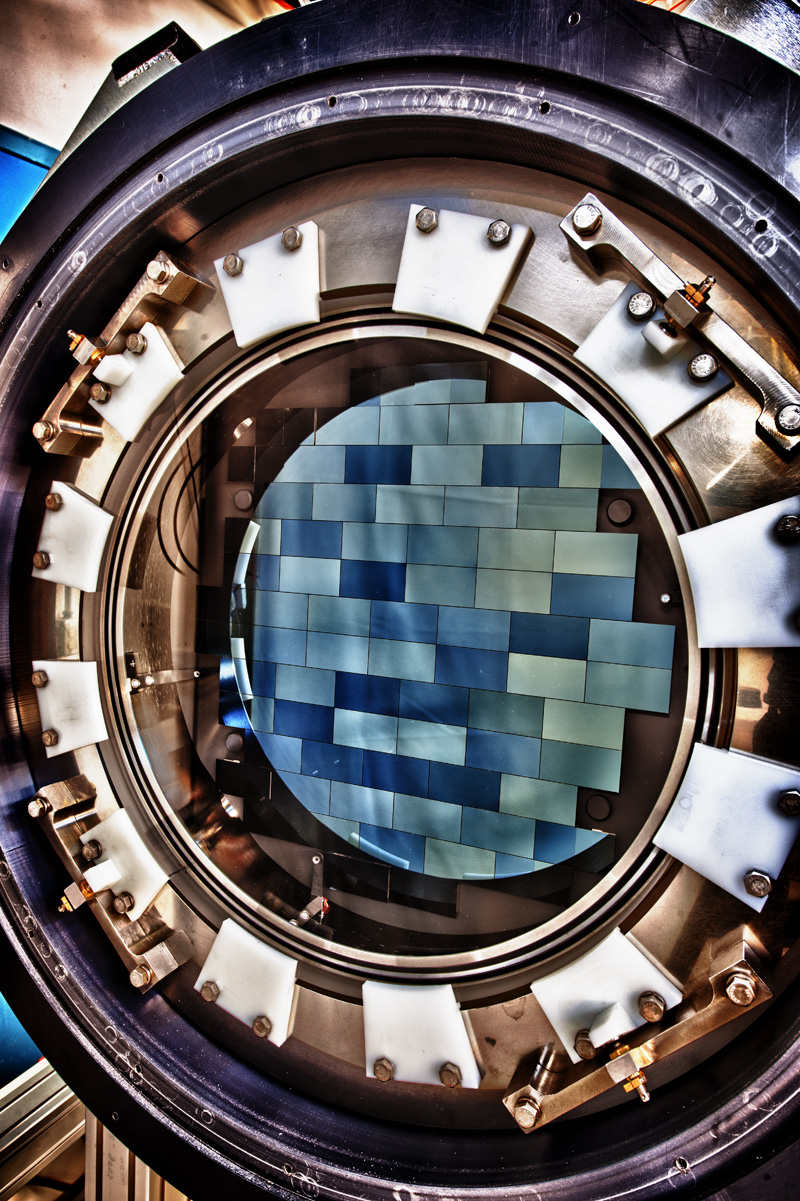