The New Horizons spacecraft snapped this view of Pluto (bottom) and its largest moon, Charon (top) from a range of 10 million miles (16 million km) on July 1. The inset shows a more detailed version of Pluto, with a small map to indicate its orientation. The craft was scheduled to shoot new images on July 4, 5, and 6, but those plans were scuttled when New Horizons encountered a glitch and entered safe mode. Mission managers are working to get the craft back to full science operations in time for its closest flyby of Pluto, on July 14. [NASA/JHUAPL/SWRI] 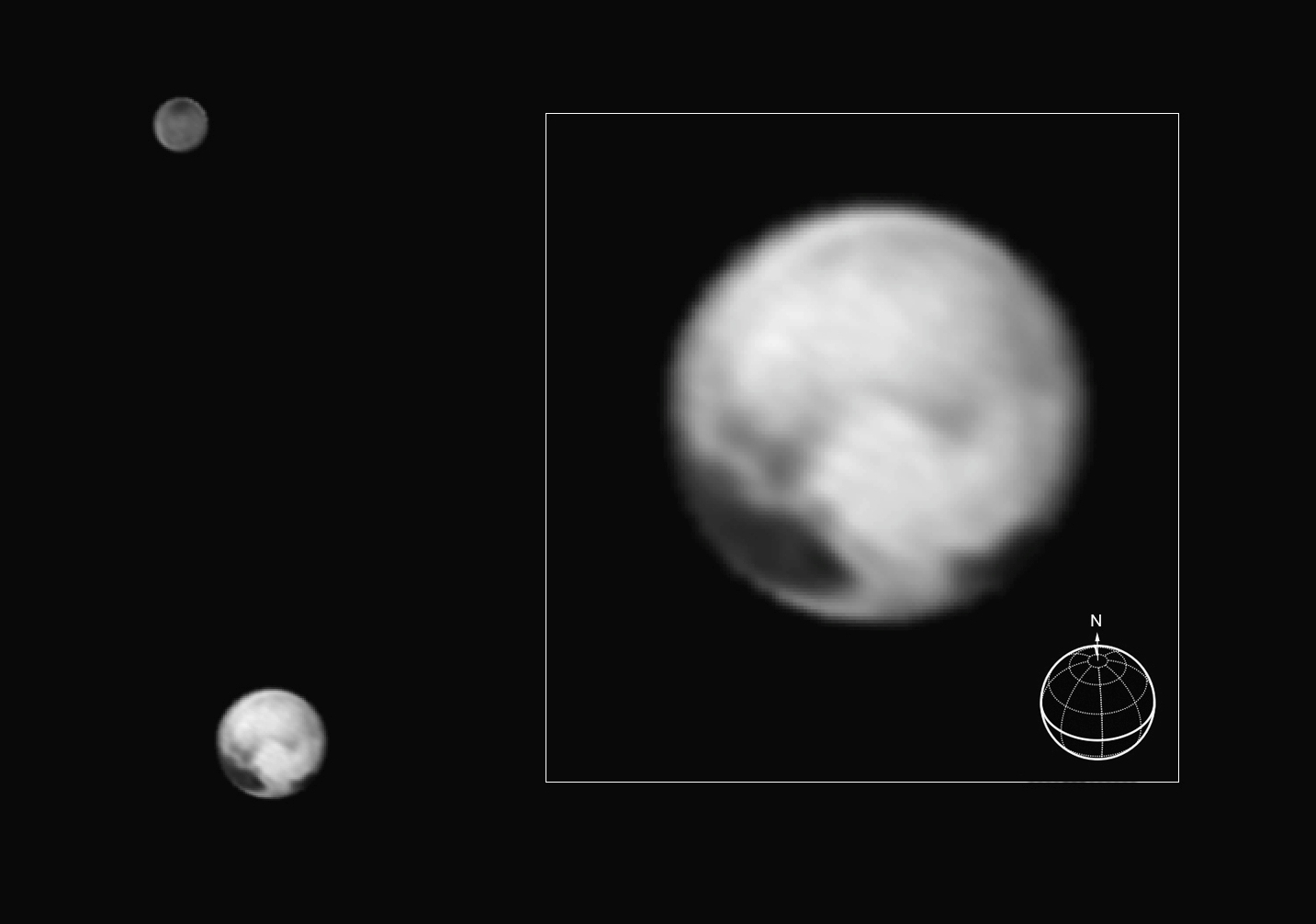