This Hubble Space Telescope image shows two galaxies interacting as the result of a face-on collision. The cores of the two galaxies, known together as Arp-Madore 2026-424 (a catalog designation), form the bright features near the center of the image. The collision has stirred up giant clouds of gas and dust in the galaxies, causing them to smash together and give birth to new stars, which form a ring of blue around the cores. The galaxies should merge and become a relatively featureless elliptical galaxy in one billion to two billion years. [NASA/ESA/J. Dalcanton, B.F. Williams, and M. Durbin (University of Washington)] 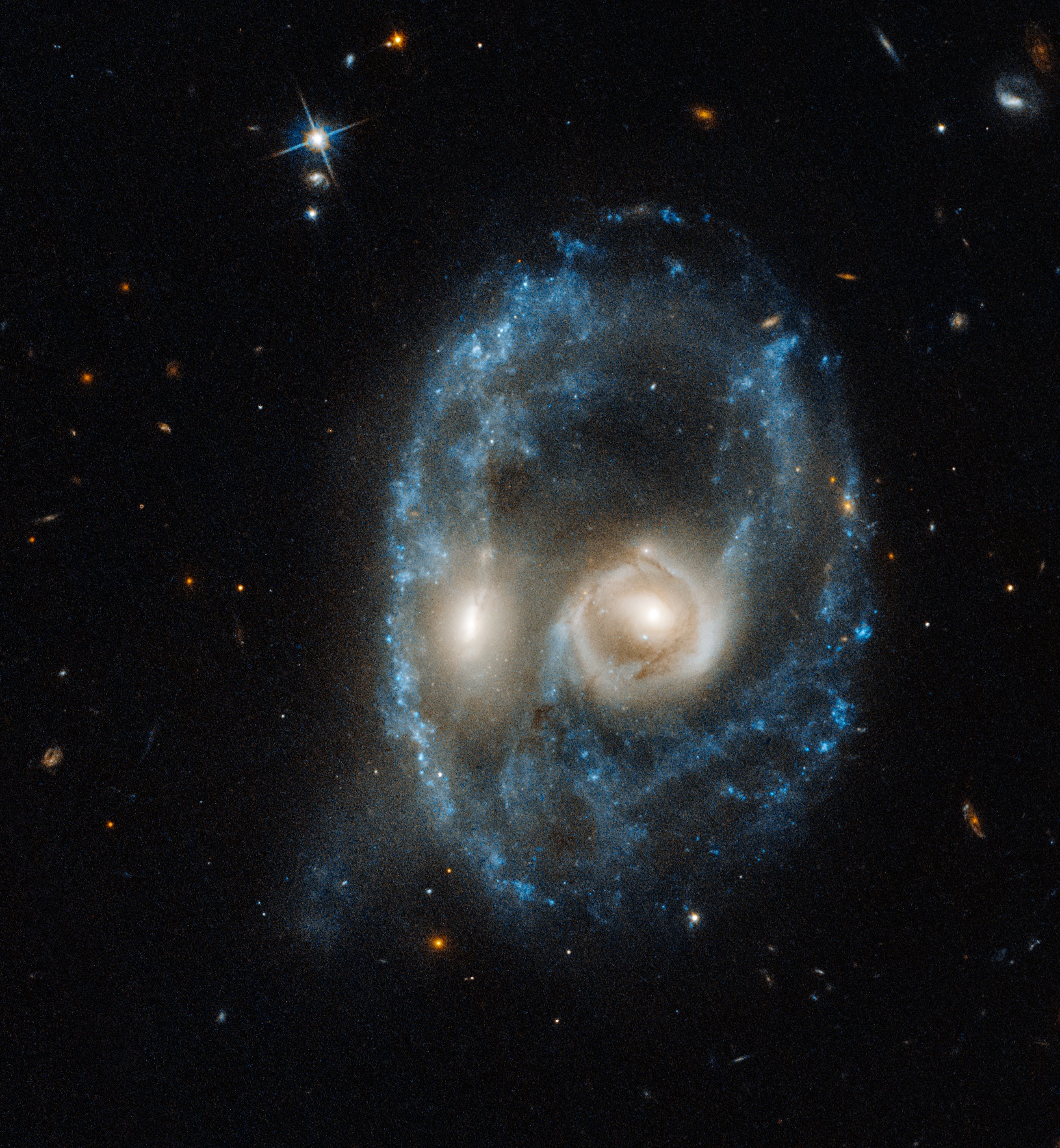