The Soviet spacecraft Mars 2 approaches the planet in November 1971 in this view, which combines an illustration of the craft with a Mariner 9 photo of Mars. Almost no features are visible in the Mars picture because a major dust storm was in progress, blanketing almost the entire planet. Mariner 9 was able to wait it out and conduct its observations from orbit. The Mars 2 lander, which couldn't be reprogrammed, crashed while attempting to touch down, becoming the first human artifact on the Red Planet. [NASA (2)]

Find out more in our radio program entitled
Mars 2 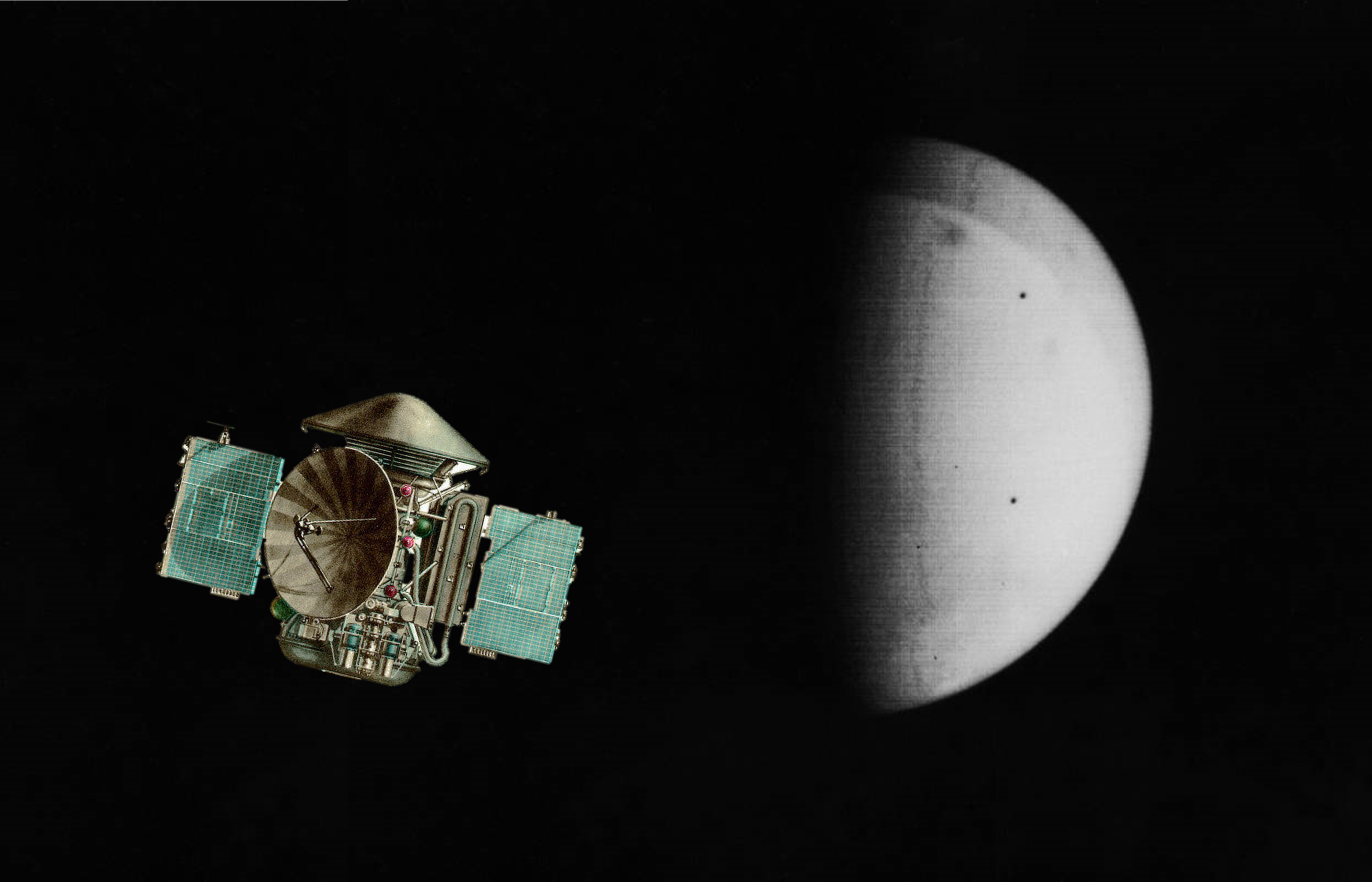