A robotic rover, MASCOT, snapped a picture of the asteroid Ryugu during final approach on October 2 (top); the lander's shadow is at top right. The 22-pound (10-kg) rover executed several "hops" across the small asteroid, taking pictures and other readings, before its batteries expired as expected on October 4. MASCOT is part of Hayabusa 2, a Japanese mission that arrived at the asteroid earlier this year. The bottom row shows artist's concepts of MASCOT before it was deployed from Hayabusa 2, and landing on Ryugu. Two other small rovers landed on the asteroid in late September and are still operating. The main craft will touch down on the asteroid next year to collect small soil samples. [DLR (top); JAXA] 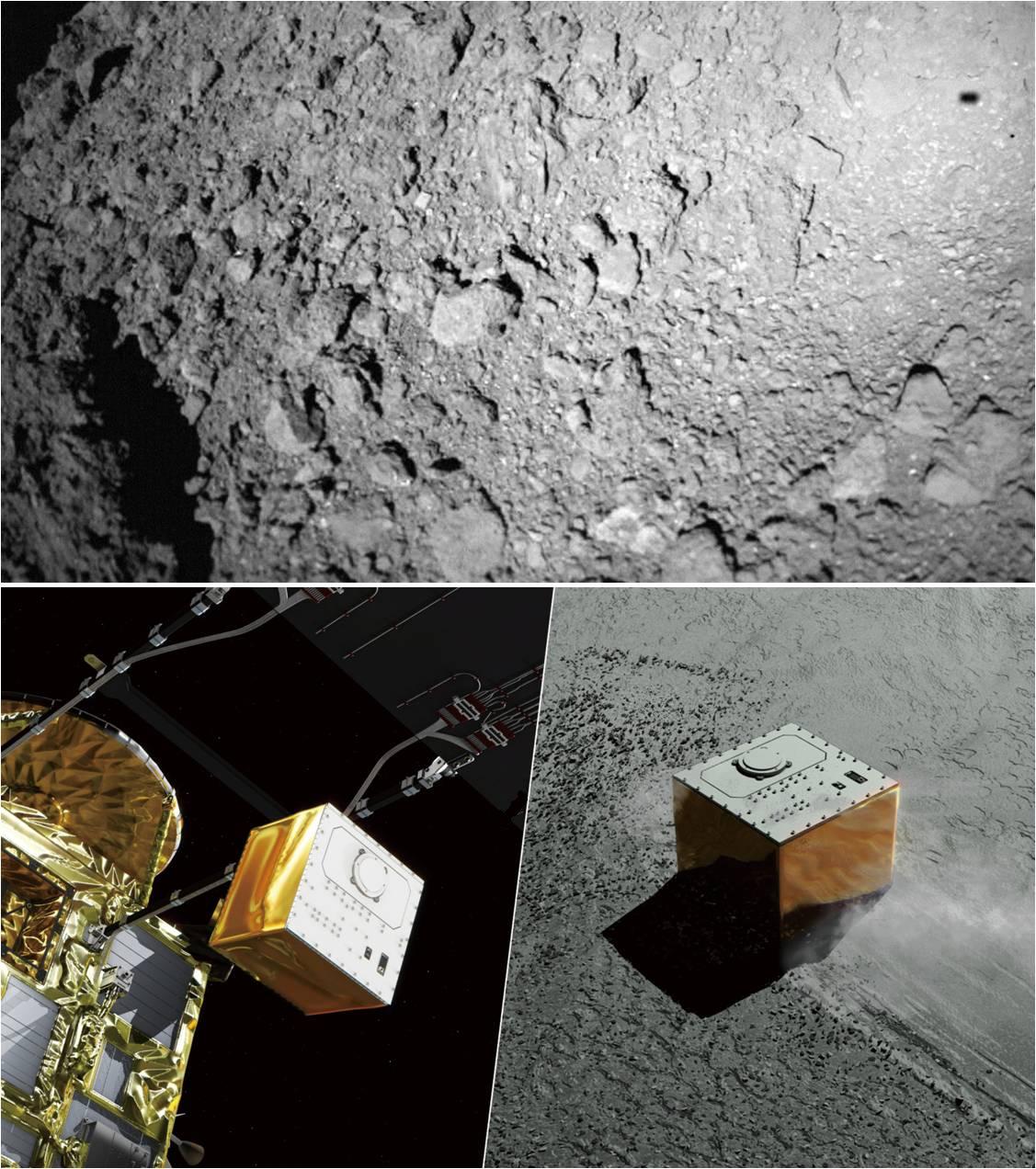