Jupiter's Great Red Spot and several other giant storms highlight this view of the planet's southern hemisphere, compiled from three images from the Juno spacecraft. The images were snapped on February 12, 2019, at ranges of 16,700-59,300 miles (26,900-95,400 km), and have been color- and contrast-enhanced. The Great Red Spot is a storm as big as Earth, although it has been shrinking in recent decades. Bands and zones of clouds feature smaller storms. Jupiter, which is the solar system's largest planet, shines at its brightest in early and mid June as it lines up opposite the Sun. It looks like a brilliant star and remains in view all night. [NASA/JPL/SwRI/MSSS/Kevin M. Gill]

Find out more in our radio program entitled
Jupiter at Opposition 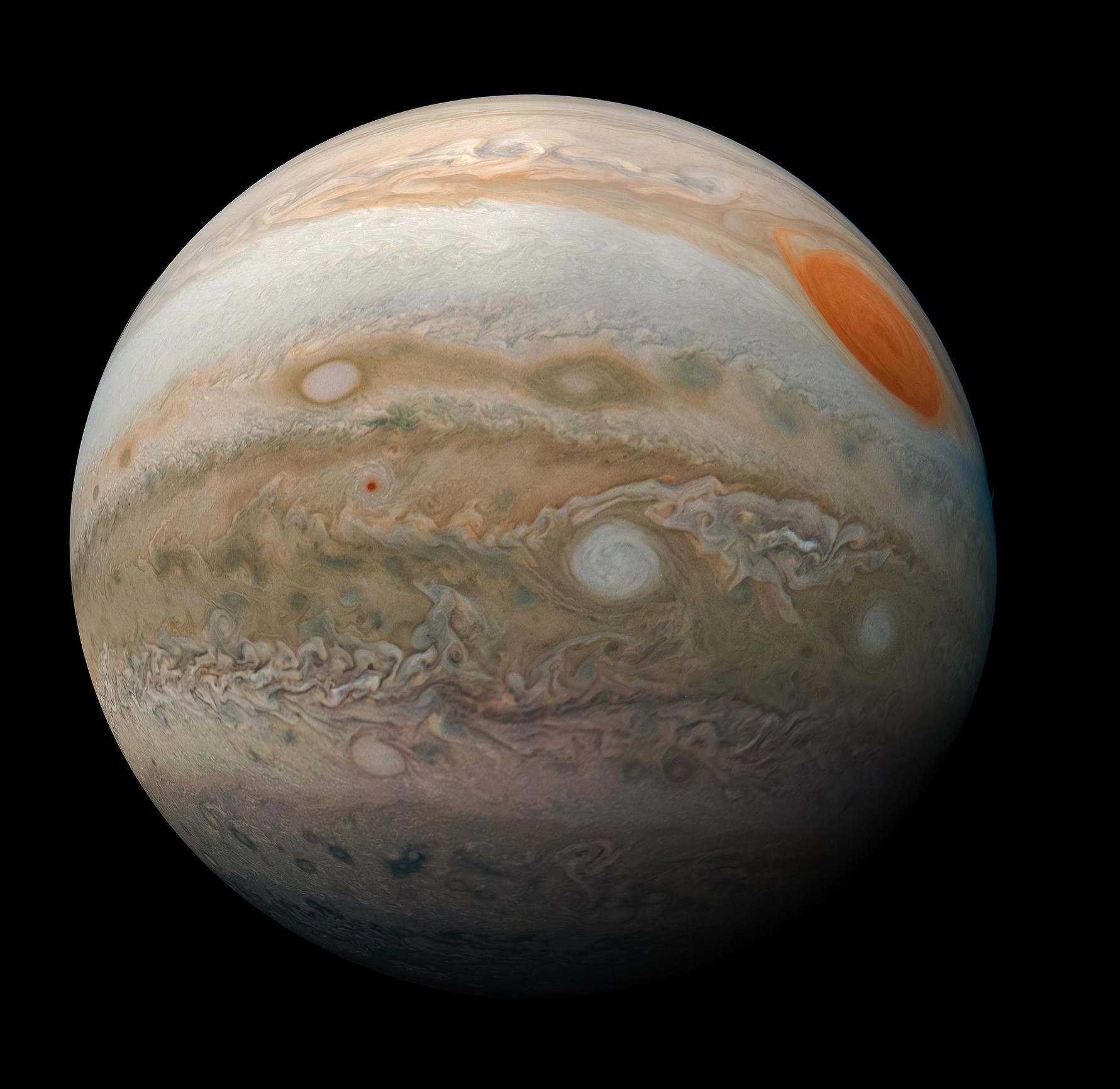