The Alpha Magnetic Spectrometer-2, an instrument designed to hunt for cosmic rays and particles of antimatter, is attached to the International Space Station. The experiment has detected the possible signature of antimatter particles. From its results, scientists calculated an upper limit of perhaps one million antimatter stars in the Milky Way Galaxy. Antimatter and normal matter cancel each other out when they interact. Although equal amounts of matter and antimatter should have been created in the Big Bang, there is little evidence of much antimatter in the present-day universe. [NASA]

Find out more in our radio program entitled
Anti-Stars 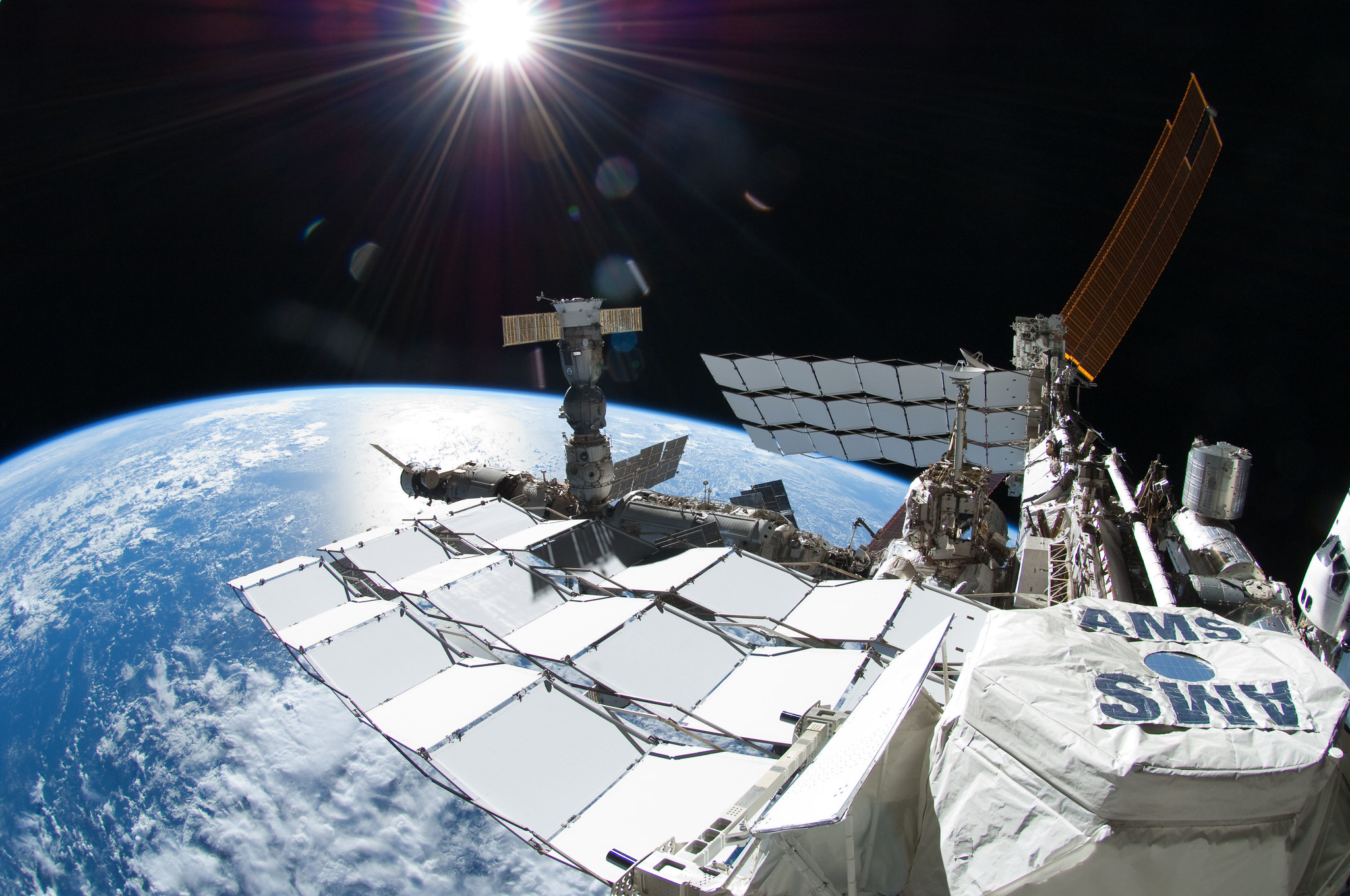