NASA released this Hubble Space Telescope image of a busy star cluster to commemorate the 25th anniversary of the telescope's launch. Known as Westerlund 2, the cluster contains about 3,000 infant stars, plus the raw materials for making many more stars. The cluster is about 20,000 light-years away, in the southern constellation Carina, the keel. It is about two million years old and is dominated by hot, massive stars. These stars produce strong winds and torrents of ultraviolet radiation, which erode the clouds of gas and dust that are giving birth to new stars. [NASA/ESA/Hubble Heritage Team/A. Nota/Westerlund 2 Science Team] 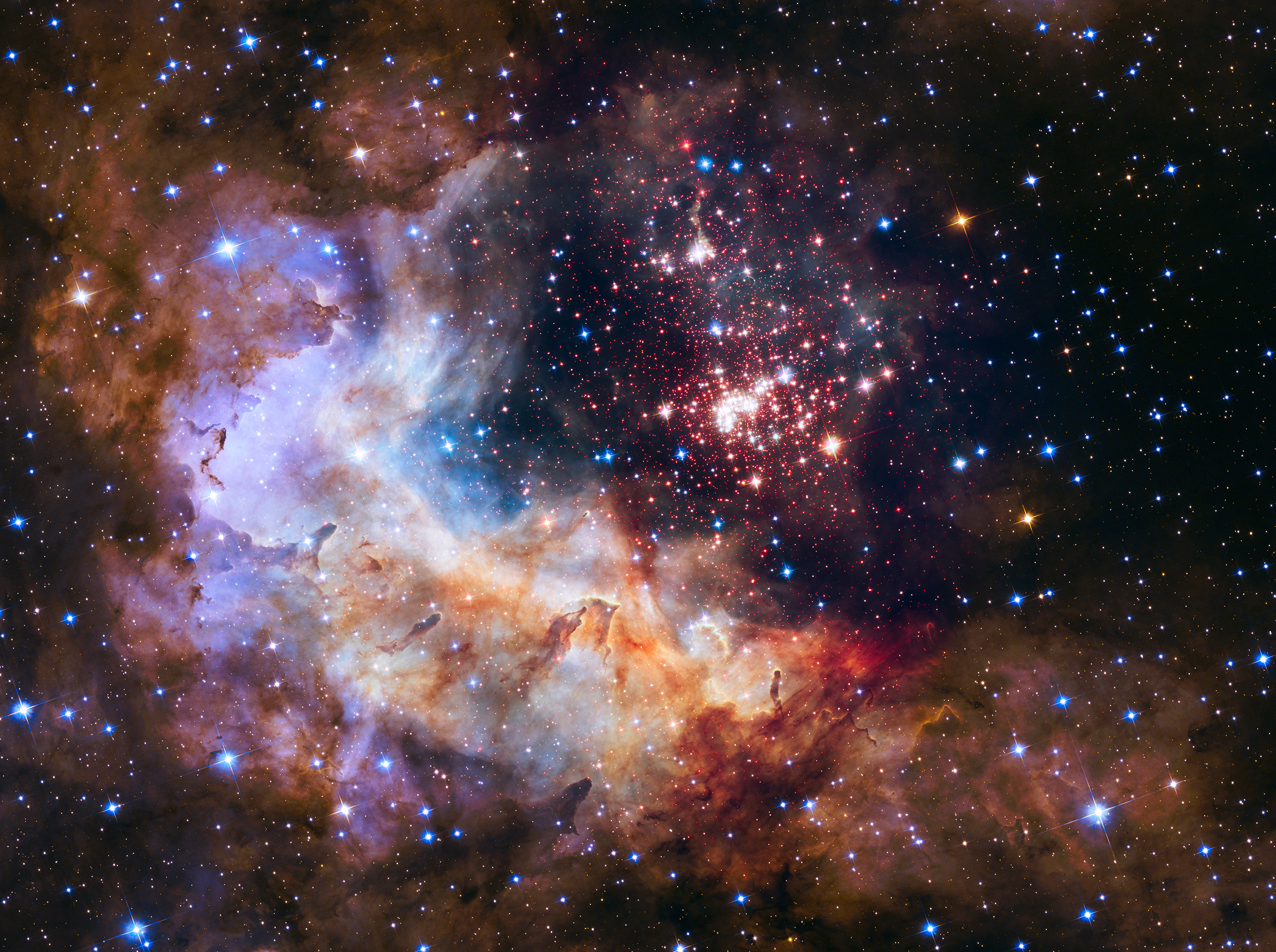