NASA's new Moon rocket and lunar spacecraft roll toward launch pad 39B at Kennedy Space Center on March 17. The rocket, known as the Space Launch System (SLS), is slated to propel the first Orion spacecraft to the Moon this spring in a mission known as Artemis I. The mission won't carry astronauts, but will test the launcher, spacecraft, and support systems during a planned 23-day mission. The booster also will carry about 10 small satellites that will venture to the Moon or beyond. The entire stack, including the launch tower and platform, was carried to one of the launch pads from which Apollo astronauts launched to the Moon. SLS will undergo a test firing in early April, then return to the massive Vehicle Assembly Building for final launch preparations. NASA has not yet set a formal launch date for the mission. If it is successful, it could clear the way for Artemis 2 to send astronauts to lunar orbit in a year or two. [NASA/Keegan Barber] 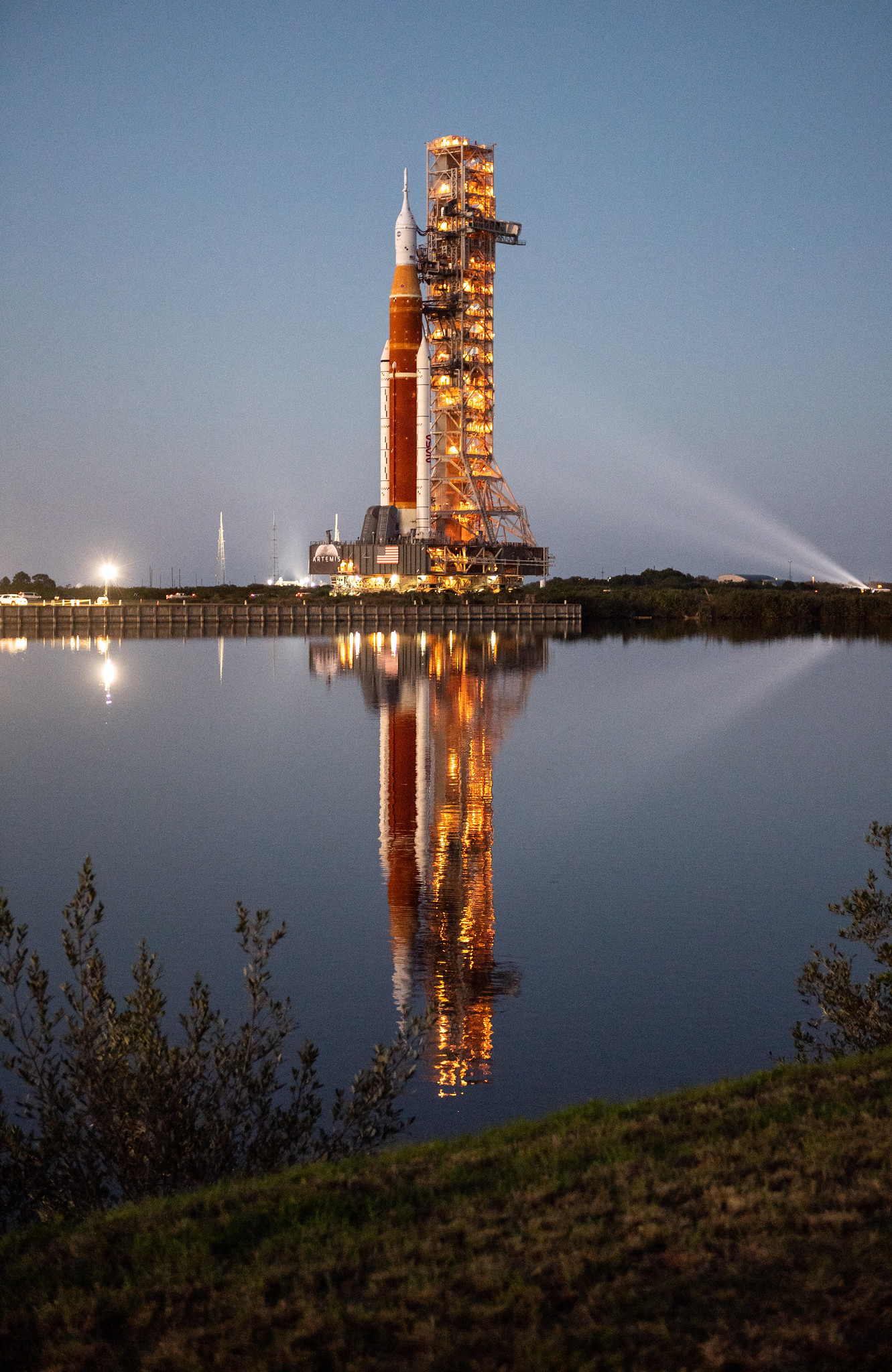 Off and Rolling | StarDate Online