A giant disk galaxy emerges from a surrounding cocoon of gas and dust in this artist's concept. Astronomers recently discovered the galaxy, known as DLA0817g or the Wolfe Galaxy, while studying a quasar (depicted at top left) with ALMA, a radio-telescope array in Chile. The galaxy was seen as it appeared about 1.5 billion years after the Big Bang, making it the most remote disk galaxy yet seen. Most rotating disk galaxies, such as the Milky Way, formed from the mergers of smaller galaxies and didn't assume their familiar disk shapes until the universe was about six billion years old. [RAO/AUI/NSF, S. Dagnello] 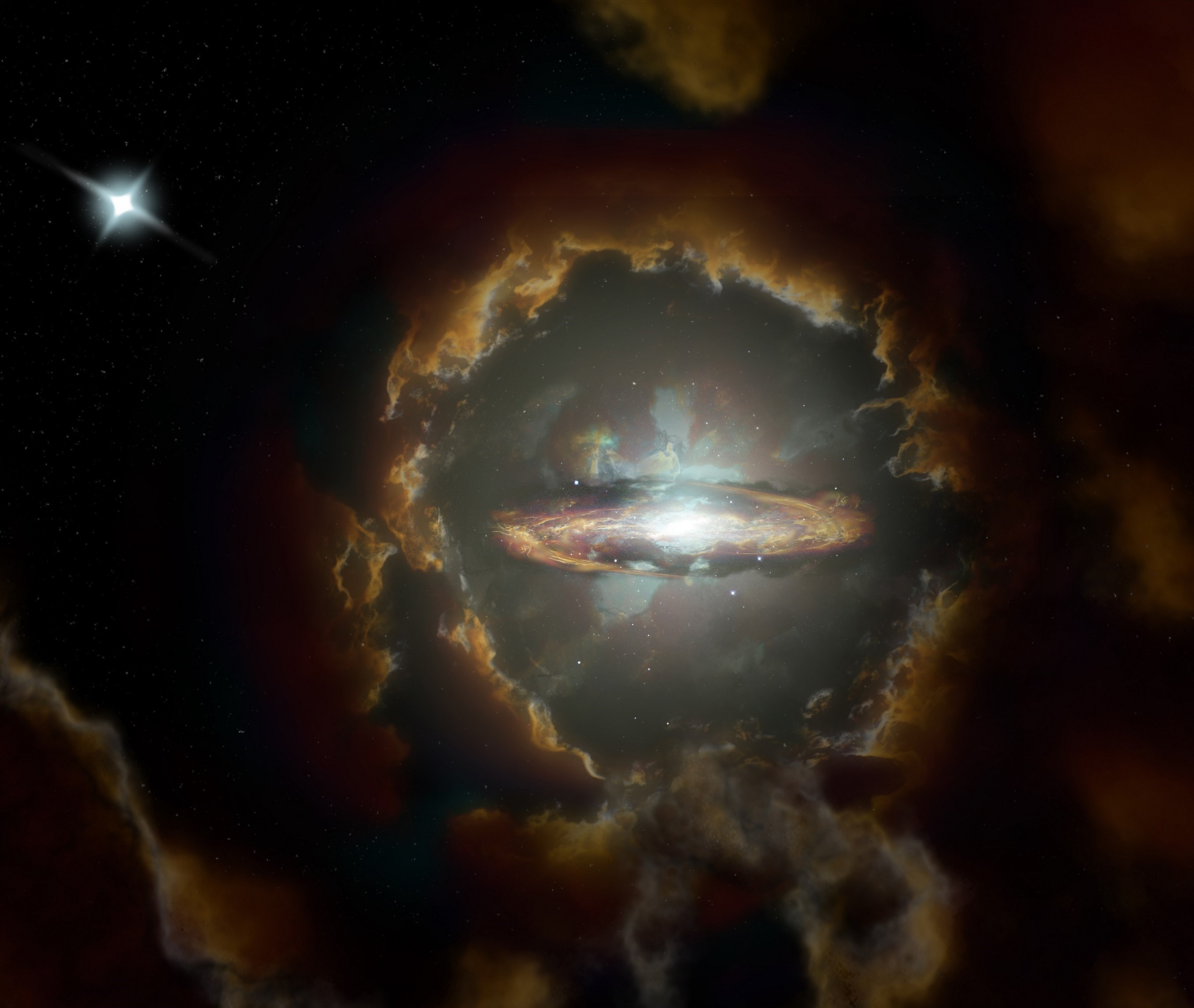