This replica of Stonehenge, the famous English archaeological site, sits above the Columbia River in Washington. It depicts what Stonehenge probably looked like when it was completed thousands of years ago. The structure was built as a memorial to the men who died fighting in World War I, and was dedicated shortly after the war's end. There are other Stonehenge replicas scattered throughout the United States--some serious, others more whimsical, such as Carhenge, in Nebraska. [MagicalT/Wikipedia]

Find out more in our radio program entitled
Stonehenges 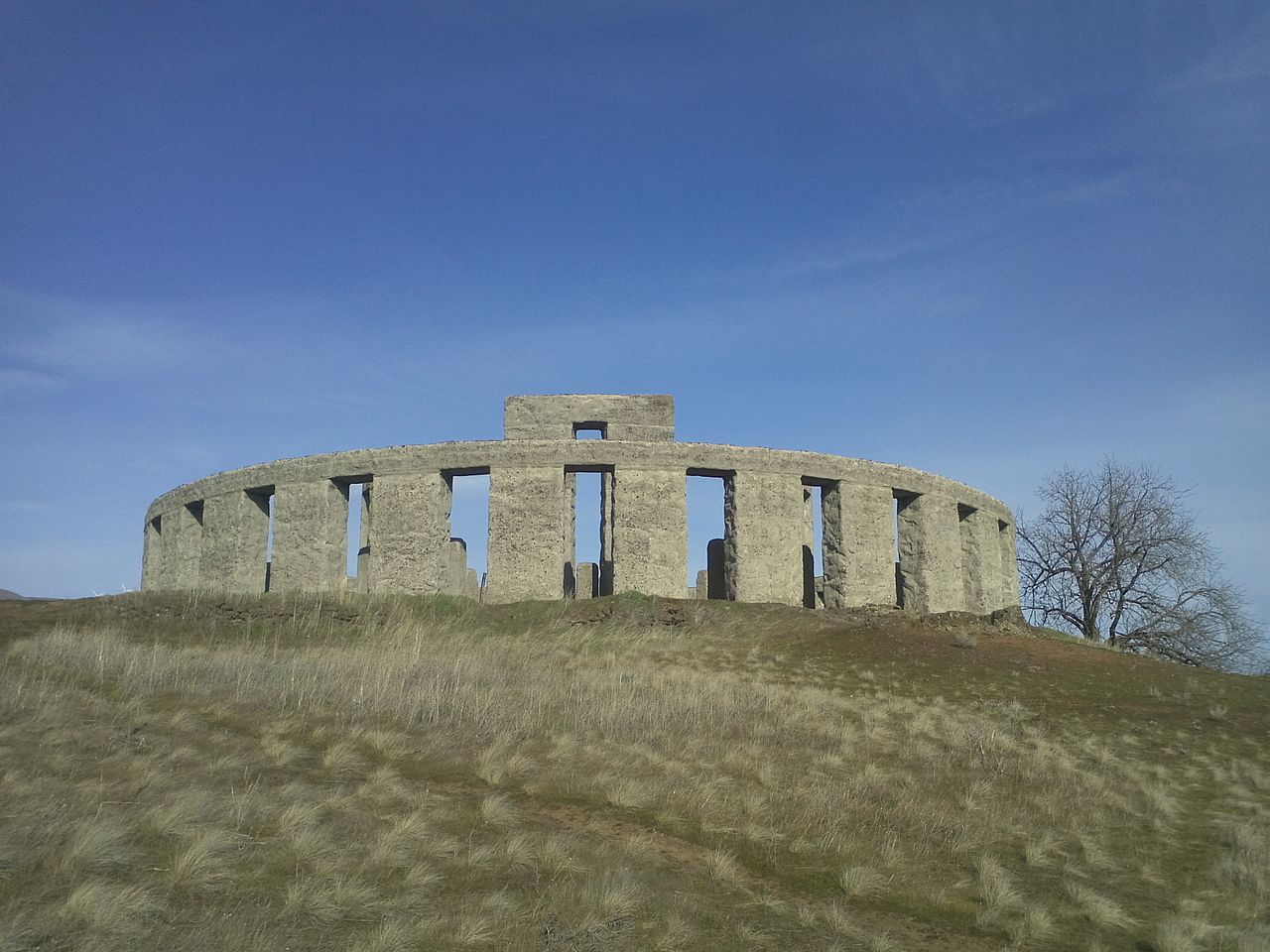