A small planet smacks into the young planet Jupiter in this artist's concept. Studies of Jupiter's interior suggest the giant planet was struck by a smaller body shortly after its birth. The impactor plunged into Jupiter's heart, mixing with the material in the core and making the core much less dense than expected. The scenario was suggested by observations of Jupiter's magnetic and gravitational fields made by Juno, an orbiting spacecraft. Those observations probe Jupiter's interior. [K. Suda & Y. Akimoto/Mabuchi Design Office/Astrobiology Center, Japan] 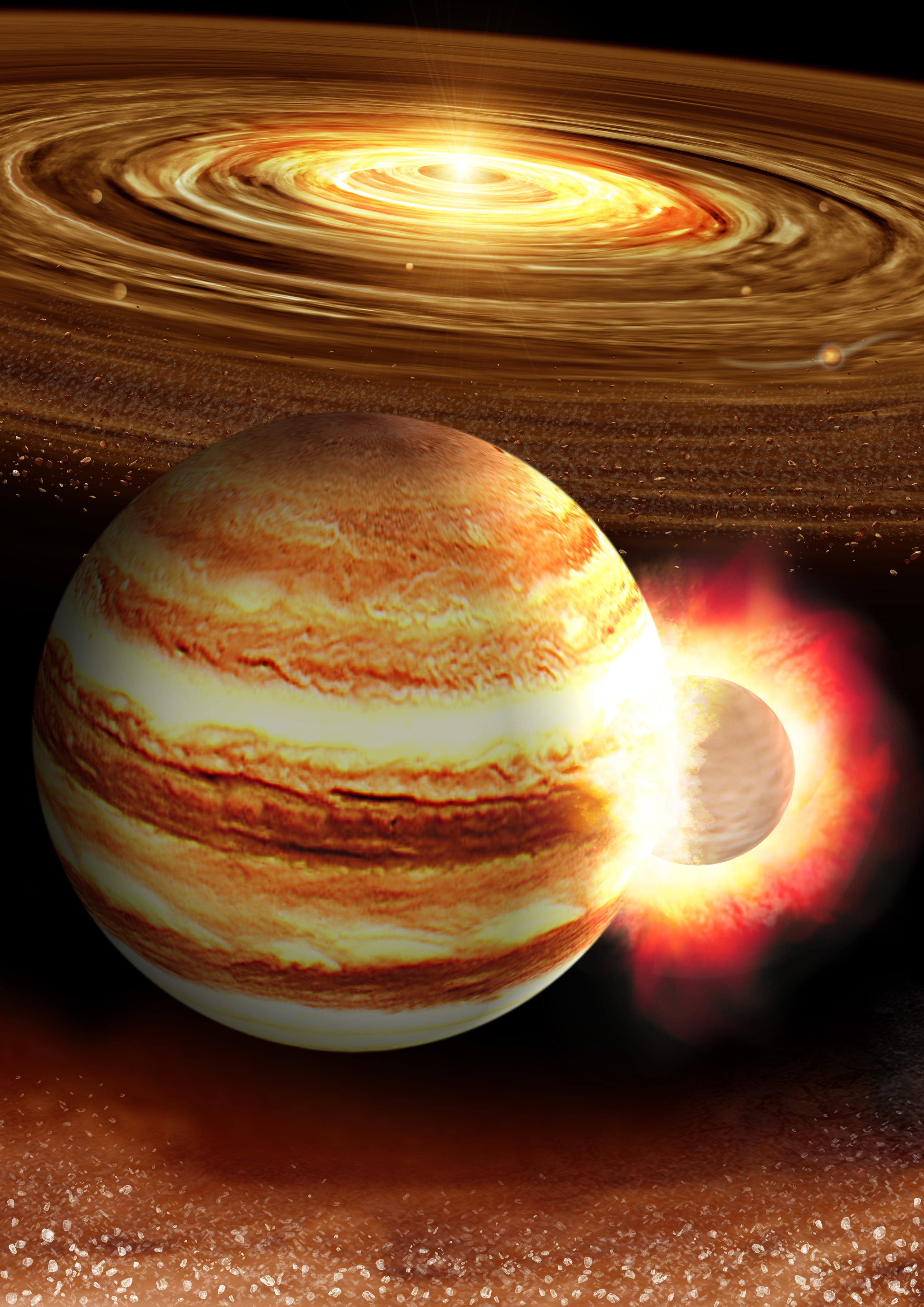 All Mixed Up | StarDate Online