McDonald Observatory celebrates its 82nd birthday on May 5. The observatory's original telescope, an 82-inch (2.1-meter) reflector, is shown around the time of dedication in this hand-colored image. The dedication drew leading astronomers from around the world, including Edwin Hubble, namesake of Hubble Space Telescope, and Subrahmanyan Chandrasekhar, who won the 1983 Nobel Prize for Physics for his work at about the same time as the dedication. [McDonald Observatory] 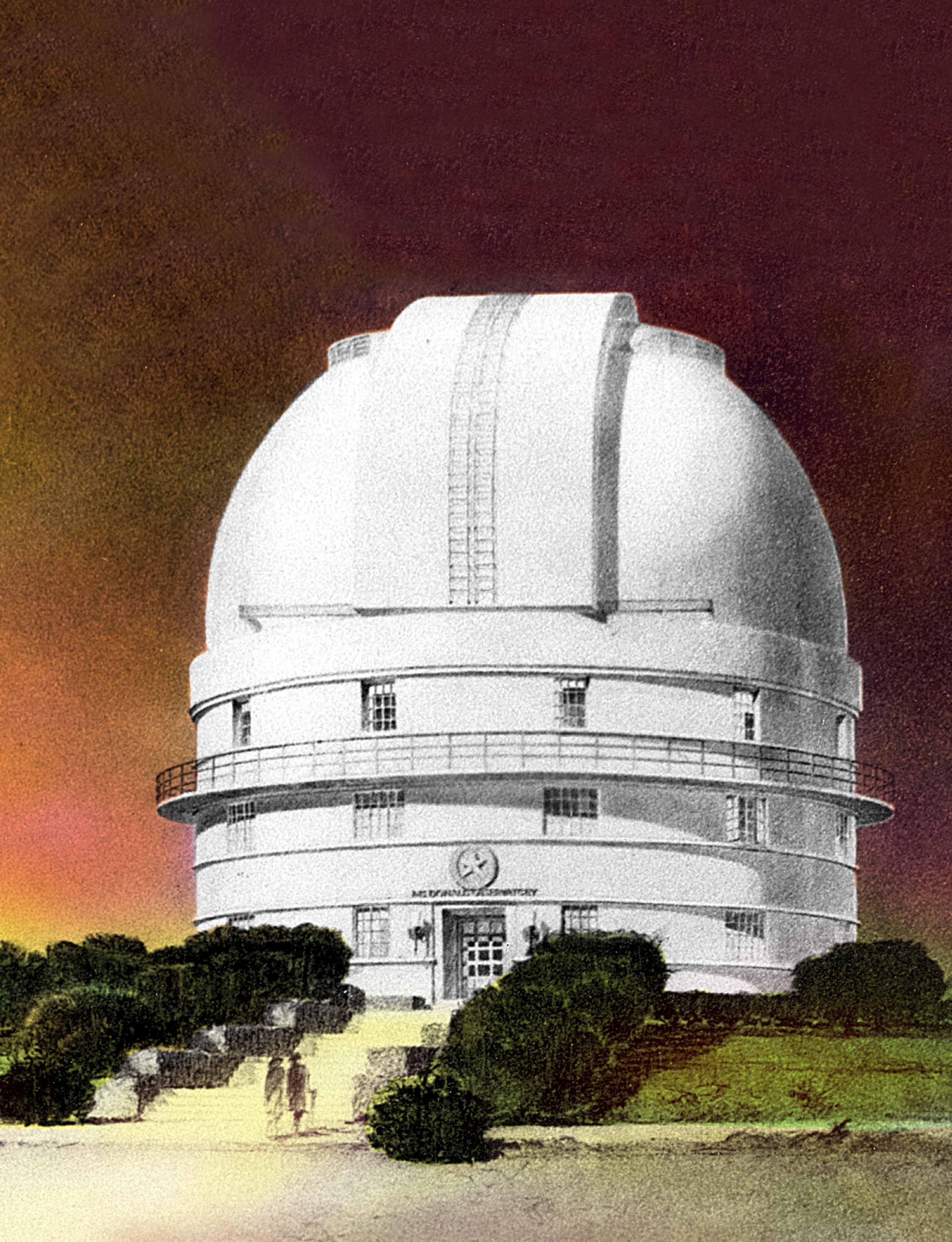