Mars Odyssey, shown in an artist's concept above the north pole of Mars, will mark 20 years in Mars orbit on October 24, making it the longest-operating Mars spacecraft in history. Because it launched in 2001, it originally was called 2001 Mars Odyssey in honor of the movie 2001: A Space Odyssey. The craft's instruments have mapped the entire surface of Mars and discovered compounds that formed in wet environments. Its findings help show that Mars once was much warmer and wetter than it is today. Odyssey also has served as a communications relay for Mars landers and rovers. [NASA]

Find out more in our radio program entitled
Mars Odyssey 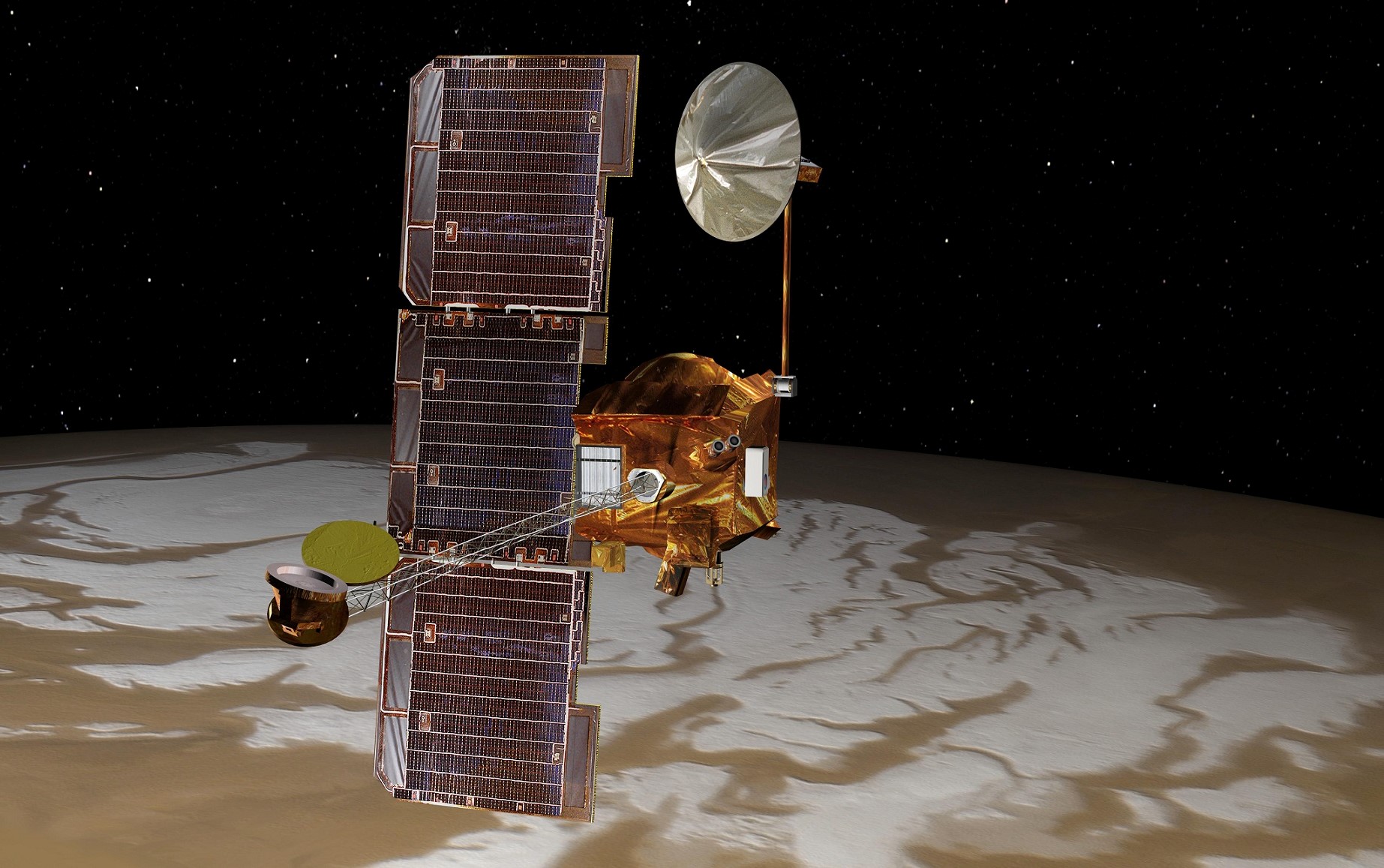