Galileo was the first spacecraft to enter orbit around an outer planet. It arrived at Jupiter in December 1995. It dropped a probe into Jupiter’s turbulent atmosphere, then observed Jupiter and its moons for seven more years. Its mission ended when it was intentionally crashed into Jupiter. Galileo’s success was limited by a failed radio antenna that reduced the amount of data it could transmit to Earth. 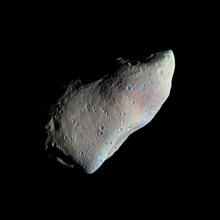 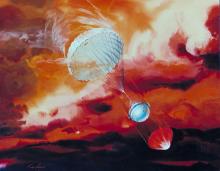