Pioneer 10 and 11 blazed the trail to the outer solar system during the 1970s. Pioneer 10 became the first spacecraft to visit any planet beyond the asteroid belt when it flew past Jupiter on December 3, 1973. Pioneer 10 found that Jupiter's interior is hotter than previously thought, discovered that the planet's radiation belts are strong enough to kill a human being, and discovered that Jupiter's moon Io is embedded in a giant cloud of hydrogen that encircles Jupiter. Pioneer 11 flew past Jupiter a year later, then in 1979 became the first craft to encounter Saturn. 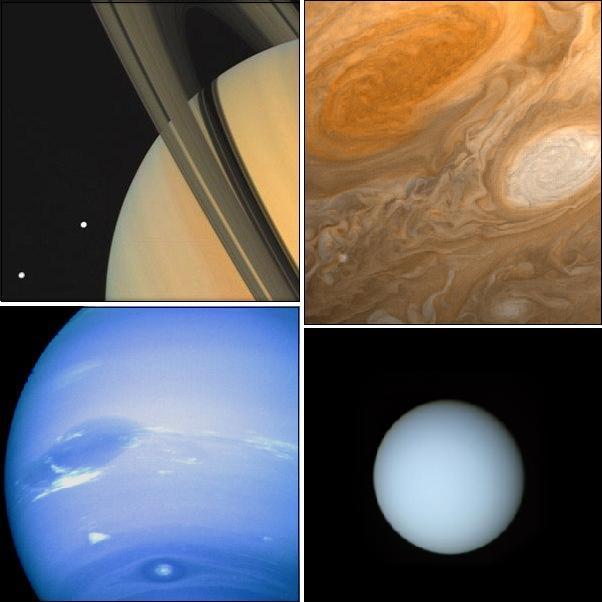 Voyager images (clockwise from top left) of Saturn, Jupiter, Uranus, and NeptuneVoyager 1 and 2 conducted a "grand tour" of the outer planets during the 1970s and '80s. Voyager 1 flew past Jupiter and Saturn, discovering new moons and rings, compiling movies of the motions of both planets' atmospheres, and conducting other observations. Voyager 2 followed the same path, but was then targeted to fly past Uranus and Neptune. Its encounters provided the first detailed looks at both giant planets and their moons. No other spacecraft has flown past either planet. Both Voyagers still operate today, and have detected signs of the "edge" of the solar system. 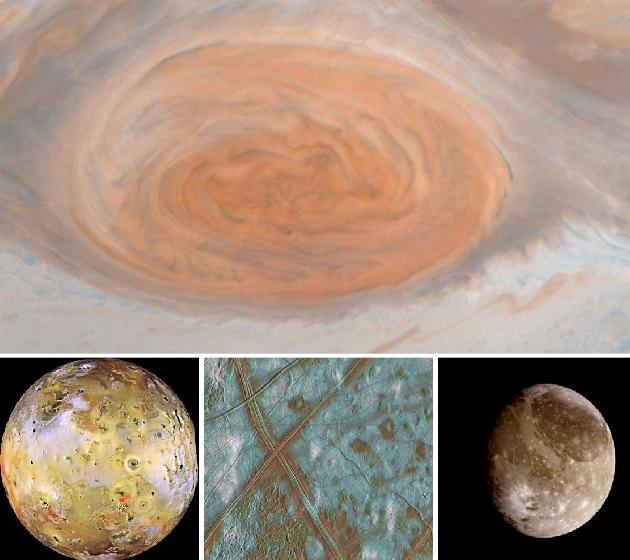 Galileo images of Jupiter's Great Red Spot (top) and the moons Io, Europa, and GanymedeGalileo was the first spacecraft to enter orbit around one of the outer planets. It arrived at Jupiter in December 1995. It dropped a probe into Jupiter's turbulent atmosphere, then observed Jupiter and its moons for seven more years. Its mission ended when it was intentionally crashed into Jupiter. Galileo's success was limited by a failed radio antenna that reduced the amount of data it could transmit to Earth to a trickle.

Huygens image of the surface of TitanCassini entered orbit around Saturn in the summer of 2004, and has transmitted tens of thousands of images of the planet and its rings and moons. On January 14, 2005, a second part of the mission, the Huygens probe, parachuted to a soft landing on Titan. Its images showed a landscape carved by flowing liquid. Cassini's instruments have peered through Titan's atmospheric haze to discover possible pools of liquid and a possible volcano on Titan's surface. Cassini's mission has been extended several times.