An eclipse is the result of the total or partial masking of a celestial body by another along an observer’s line of sight. Solar eclipses result from the Moon blocking the Sun relative to the Earth; thus Earth, Moon and Sun all lie on a line. Lunar eclipses work the same way in a different order: Moon, Earth and Sun all on a line. In this case the Earth’s shadow hides the Moon from view. An occultation occurs when a celestial object is eclipsed by the Moon or another solar system body. A transit is either the act of one celestial body passing in front of another or the time at which a celestial object is highest in the sky. The time at which a celestial object crosses the meridian is called the transit time.

A repeat performance for the Moon January 20, 2019

Rings around a distant iceball December 22, 2017

A plethora of solar eclipses September 2, 2017

Ready for the Eclipse

Moon on the Move

Beautiful encounters with the Moon June 19, 2017

Disappearing in the moonlight December 12, 2016

The clockwork precision of a planet May 8, 2016 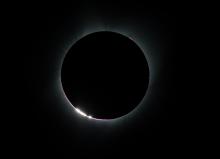 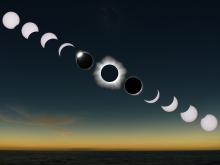 Anatomy of an Eclipse 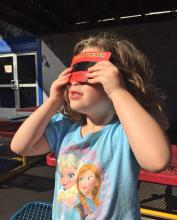 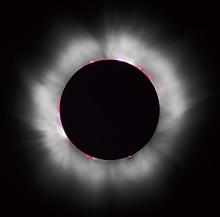 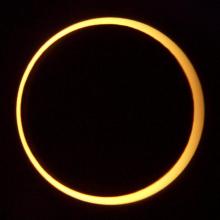 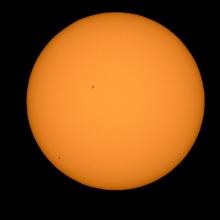 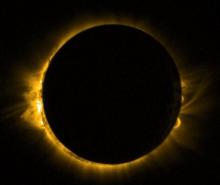 Fire in the Sky

The rare and beautiful death of a star