Distances in space are often measured in astronomical units, light-years, or parsecs.An astronomical unit is the average from Earth to the Sun, about 93 million miles (150 million km), and is used to measure relatively short distances, such as those between the Sun and its planets or between the stars in a binary system.A light-year is the distance light travels in one year, which is about 5.88 trillion miles or almost 800 times the diameter of the solar system. The nearest star is 4.2 light-years away, while the nearest spiral galaxy lies about 2.5 million light-years from Earth.A parsec is a unit of distance equal to 3.26 light-years. The name means “PARallax-SECond,” and it refers to a way to measure the distances to other stars. The most accurate way to measure the distances to close stars is to use basic geometry. Astronomers measure the position of a star in the sky at six-month intervals, when Earth is on opposite sides of the Sun. If the star is close, then it will appear to shift a bit compared to the background stars. It’s the same effect you see if you hold your finger in front of your face and look at it with first one eye, then the other: the finger appears to move against the background of objects. This effect is called parallax. If a star has a parallax of one second — in other words, if it appears to shift back and forth across the sky by exactly one second of arc (1/3600 degree) — then its distance is one parsec.

Looking deep into the universe November 6, 2021

A crane strides across the southern sky November 1, 2021

A bright illusion in the evening sky September 1, 2021

Mars and the Twins

The emptiness between the stars December 8, 2019

New distances to the lizard September 9, 2018

Far from the Sun

A dangerous encounter with a star November 1, 2017

Heading out for space-y adventures September 26, 2017

Mapping the distance to the galactic center July 22, 2017 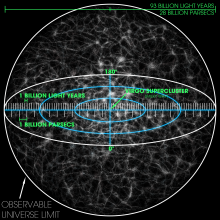